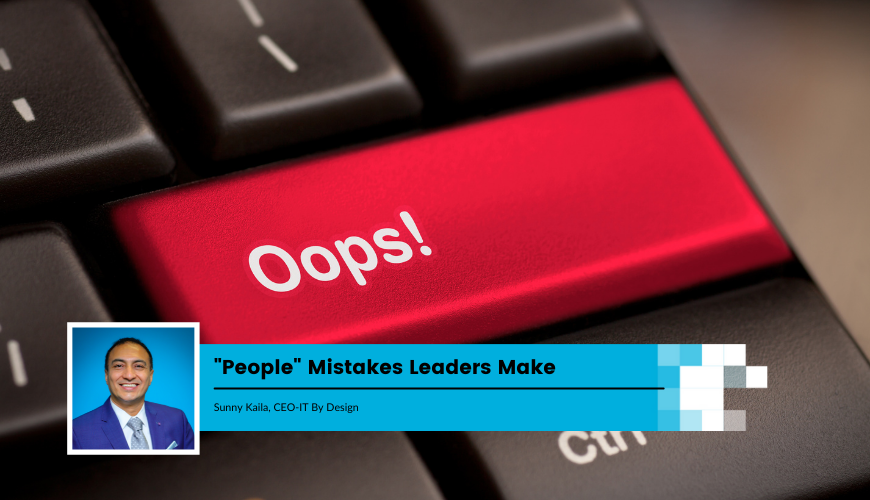 It’s that time of year again when we all make resolutions to better ourselves in our personal and professional spaces. Many leaders focus on positive ‘dos.’ But is gearing up for new actions enough for a positive change?

Young leaders don’t stumble because they are bad people; they most often misstep because they are making common leadership mistakes. The next time you work on your resolution list, focus on overcoming some of these “leadership don’ts” first, one way to flourish as a successful and effective leader.

When your team members don’t have clear goals to stick to, they muddle through their day. You can’t blame them for not being productive if they have no idea what they’re working toward.

Quick Fix: Set SMART* goals for your team and align these goals to the mission of your organization. Help your team keep their eyes wide open. Make them focus on the outcome, not the obstacles.

2. Underestimating the importance of communication

Leadership without communication does not exist. But I know many leaders who fail to inspire their colleagues simply because they can’t effectively convey important messages. If you say one thing in a meeting and something else in an email, get ready for confusion and chaos.

On the other hand, employees often complain that they aren’t being heard. This happens when leaders don’t engage in active listening, which is a crucial element of two-way communication. Without an open forum where both sides can share and listen, you’ll face loss of employee confidence and trust.

Quick Fix: Great leaders say what they mean and mean what they say. Keep team communication as your highest priority. Make active listening a habit to create mutual trust.

3. Not making time for your team

Putting your team first is, at heart, what good leadership is all about. However, when you transition from an individual contributor role to a leadership role, it’s common to get wrapped up in your own workload. Result? You don’t make yourself available and accessible to your team.

Quick Fix: Carve out time for your people in your schedule. If you aren’t actively involved in meetings, make sure you have an ‘Open Door Policy’ to address issues and concerns.

4. Micromanaging and never allowing others to shine

Many young leaders obsess over the small details and are too controlling to allow team members to take the reins. Only poor leaders micromanage, missing the chance to acknowledge and take advantage of the strengths of their team members. It’s OK to micromanage at the beginning, especially when you’re building trust with a new team member. But don’t spend too much time in that role. You hire talented resources—let them do what they were hired to do.

Quick Fix: Delegate work with intention and give your team members assignments according to their interests and expertise.

Quick Fix: You can make a big difference as a leader by being aware of others’ emotions. Remain calm during a crisis and pay attention to your staff’s morale and mood. Praise and encourage others when faced with a setback. Recognize the importance of creating a positive atmosphere to keep your team members motivated.

Everyone wants to stay away from awkward and uncomfortable confrontations. Leaders can’t afford to do that. Unaddressed conflicts block cooperation and alignment around the team’s collective goals. Result? Negative emotions pile up and polarization builds up, hampering a healthy work atmosphere.

Quick Fix: Accept that conflict is unavoidable. All conflicting issues must be dealt with on an urgent basis.

People fear the unknown that comes with any transition. Good leaders are the ones who create enough trust so that others feel supported to take risks.

Fix:  Change is the only constant. Stay flexible and adaptable. When things go wrong, listen to criticism without blowing up or getting offended.

Many leaders think that their team is only working for monetary reward. However, in reality, most people are driven by being challenged, developing a new skill at work, getting an extra responsibility, recognition of hard work, good work-life balance and/or flexible work timings. Sure, you need to pay people fairly, but giving preference to bonuses and promotions over establishing an internal guidance system is a flat-out leadership blunder.

Quick Fix: Focus on what inspires people in your team and tap into what they truly desire to achieve. In most cases, ‘meaningful recognition’ is that one thing that empowers employees to do good work. Keep a stack of cards handy and be quick to write a thank you note when someone performs beyond your expectations.

People perform well when they know the truth about their performance. So, when you don’t provide prompt feedback to them, you deprive them of the opportunity to improve.

Quick Fix: Work on your ability to convey hard truths about performance. Urge your team members to take even negative feedback as an opportunity for learning and growth. If done well and effectively, feedback can transform an average employee into a star performer.

Being a good leader, it’s your prerogative to have enough people “on board” to achieve a collective goal. But attempting to fill a vacant position too quickly can lead to hiring people who are unproductive or uncooperative. These resources may ultimately require additional training, slowing down others in your team. Other team members may even end up feeling stressed and frustrated by having to “carry” the under-performer.

Quick Fix: Learn to recruit effectively. Seek an expert’s help on dos and don’ts of recruitment.

Final Thought: Ultimately, making mistakes is the only way to learn. The most successful leaders are willing to interpret each failure as a lesson on the road to success. 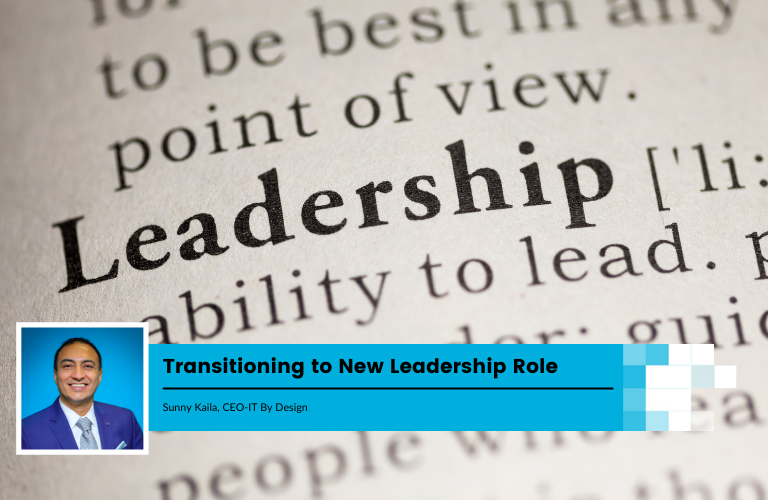 Transitioning from stand-alone to a leadership role? Keep these tips in mind

The leap from individual contributor to a managerial role is a big step! Something interesting happens when you climb the… 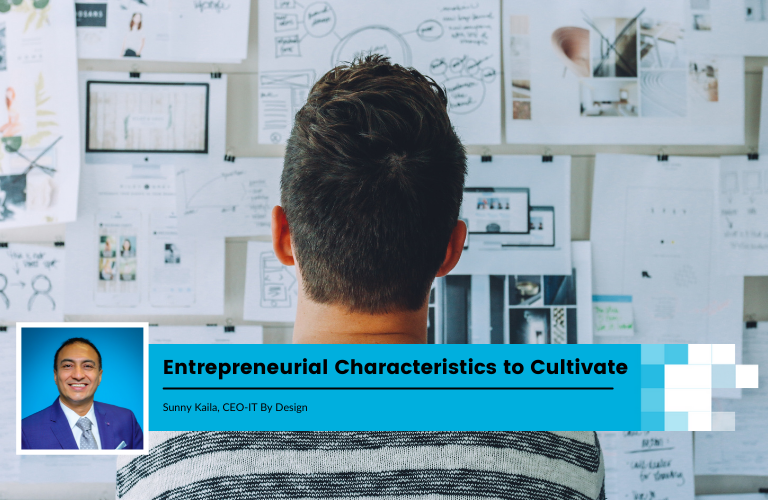 How can IT Engineers develop an Entrepreneurial Mindset?

Over the years, I have met many engineers who were empowered by their chosen mindset to see challenges as opportunities.…